Kenny Baker: Blowin‘ Up a Storm 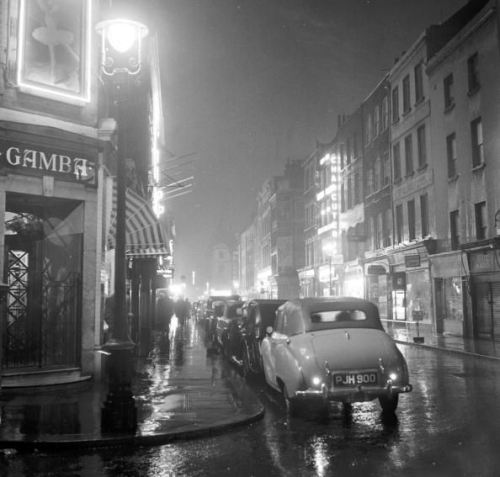 Looking up at the sky at night, I’ve often wondered whether there’s another us out there in a parallel universe. You know, like on the Twilight Zone or in science fiction novels. A world where there are people who look and sound like us but have had different outcomes and made different contributions. When it comes to jazz, America’s parallel universe is the U.K. 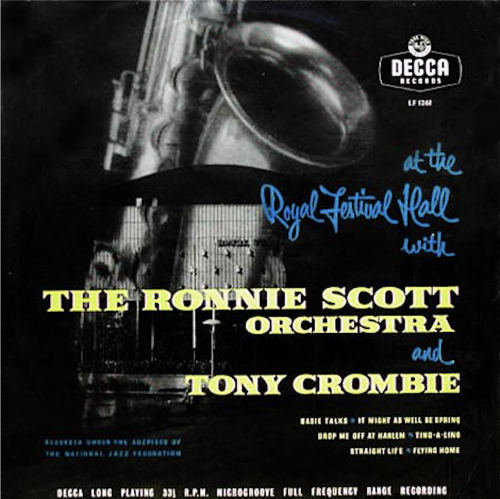 When I listen to British jazz artists such as Tubby Hayes, Johnny Birch, Ronnie Scott, Harold McNair, Dick Morrissey, Phil Seaman, Bill McGuffe and so many others, I can’t help but think how remarkable they play and how much they share the American jazz sound and ambition. Mind you, I’m not saying that each American jazz artist has a British sound-alike. Just that the London jazz scene was remarkably similar to ours in the 1950s and ’60s, largely because the British jazzers were highly gifted swingers and adept at absorbing the American idiom. 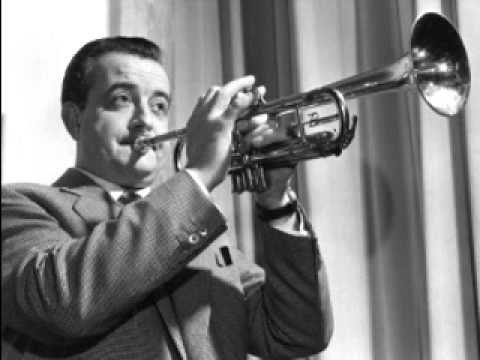 One of these British jazz artists was Kenny Baker (above). A professional musician at 17, the trumpeter played in the Royal Air Force band during World War II. After the war, Baker joined Ted Heath’s band and often was featured on songs such as the rip-roaring Bakerloo Non-Stop in 1946. Heath, of course, was Britain’s answer to Stan Kenton. Throughout the 1950s, Baker performed and recorded with a wide range of British musicians and led his own ensemble called the Baker’s Dozen. 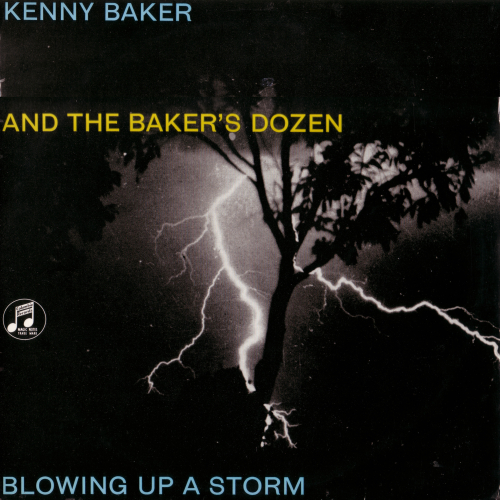 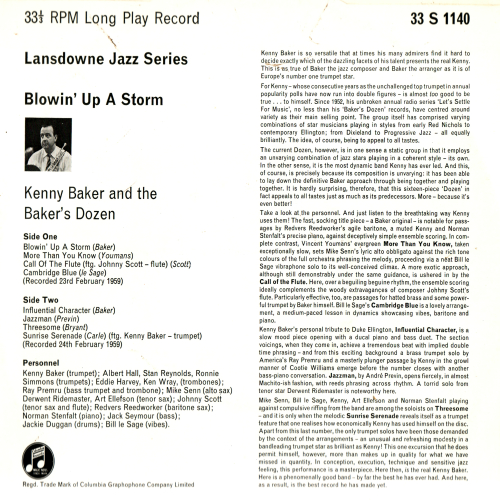 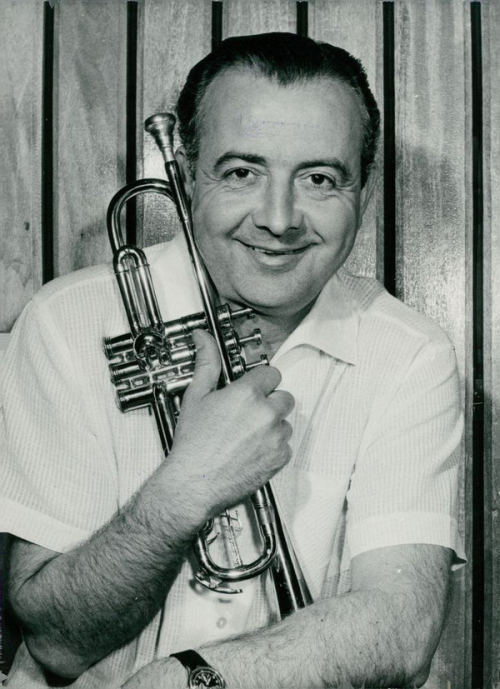 Baker could swing, and his horn crackled with enthusiasm. He was soulful and stratospheric on power ballads and hard-charging on uptempo numbers. The beauty of Baker’s Dozen and this album was the diversity. They could sound West Coast (More Than You Know) or East Coast (Blowin‘ Up a Storm), like Ellington (Influential Character) Glenn Miller (Sunrise Serenade) or Kenton (The Call of the Flute) on brassier numbers. There even was a loping British touch featured on Cambridge Blue.

Kenny Baker was a pretty player and well worth investigating. He died in 1999 at age 78.

To read my post on Russo in London, go here.

And here’s Blowin‘ Up a Storm…

Blowin‘ Up a Storm