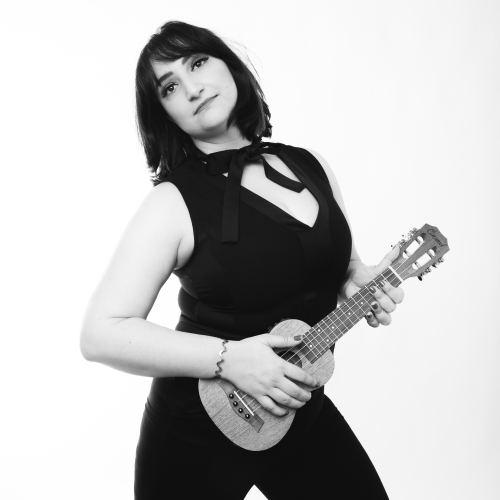 I came upon Allegra Levy’s new album back in July, when Nils Winther at Steeplechase in Denmark alerted me to its August release. As I listened to the album, I flipped. Allegra’s voice was wonderfully hip, the song melodies were unknown but sophisticated and savvy, her lyrics were superb and she was joined by three other women. If ever an album dismissed the notion that female jazz artists don’t measure up to their male counterparts, this one scatters that myth effortlessly. Lose My Number (Steeplechase) is among my favorite jazz vocal albums of the year. [Photo above and throughout of Allegra Levy courtesy of Allegra Levy] 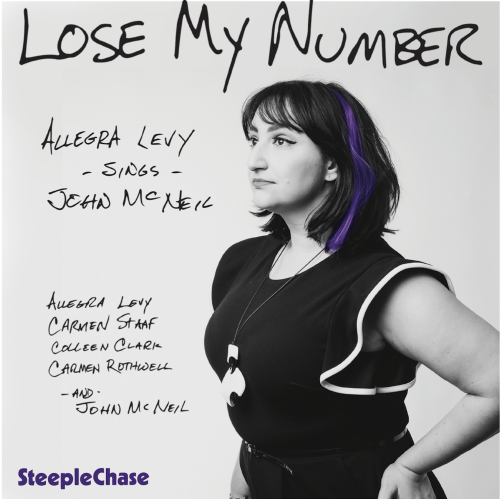 Recorded in October 2019, the album features Allegra on vocals backed by Carmen Staaf (p), Carmen Rothwell (b) and Coleen Clark (d). John McNeil, who wrote the music to all nine of the songs, is on trumpet on multiple tracks. Pierre Dørge is on Ukulele one. Allegra wrote the lyrics. The songs are Samba de Beach, Livin‘ Small, Tiffany, Strictly Ballroom, C.J., Dover Beach, Ukulele Tune, Zephyr and Lose My Number.

Recently, I reached out to Allegra: 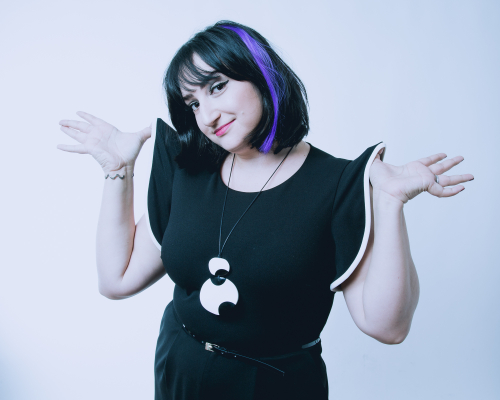 JazzWax: Where did you grow up and when did you start singing?

Allegra Levy: I grew up in West Hartford, Ct., and thrived in the jazz programs of King Philip Middle School and Hall High School. My first love was musical theater. I started singing at age 7 and performing in community theater programs at age 8. Then, when I was 11, I sang in Hall’s Pops ‘N Jazz show, an annual extravaganza that has featured the likes of Brad Mehldau, Joel Frahm, Erica Von Kleist, Richie Barshay, and Noah Preminger. From that day on, my dream was to become a jazz singer.

JW: Who were your major influences and who introduced you to their albums?

AL: My older brother, Aidan Levy—a jazz journalist, music biographer and baritone saxophonist. He was the most instrumental person in my jazz education. He introduced me to Charlie Parker and Ella Fitzgerald, as well as Shirley Horn, Chet Baker, Dexter Gordon, Sonny Rollins and Dianne Reeves. I also was influenced by my peers at Boston’s New England Conservatory. They introduced me to Joni Mitchell and Nancy King, along with Betty Carter and the “cool jazz” singers like June Christy, Anita O’Day, Chris Connor, and Blossom Dearie. I was especially influenced by Joni in my songwriting and also have a great love for Carole King’s effortless lyricism. 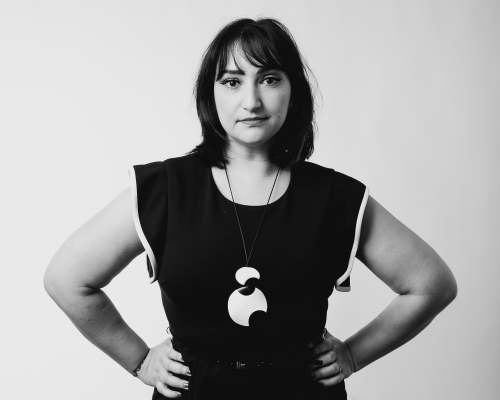 JW: Were your parents encouraging?

AL: My parents have always been my No. 1 support system. My father was always a jazz fanatic, my mom not so much. My brother and I grew up listening mainly to my parents‘ Beatles and Simon & Garfunkel cassettes in the car. My parents have come to almost every one of my performances,except those in Hong Kong, Tokyo and Madrid. Despite any misgivings they had about career opportunities for a jazz singer, they allowed me to study music at a conservatory instead of going to a liberal arts college. They are both writers and even contributed a lyric or two on my current album project. I’m very aware of how fortunate I am to have that force behind me. Whenever I get down about my career, they always encourage me to keep going.

JW: What years were you in Boston and who did you study with at NEC?

AL: I was at NEC from 2007 to 2011. I was 17 when I first started, surrounded by incredibly talented and intimidating graduate and undergraduate students. I studied with vocalist Dominique Eade and learned composition with Ken Schaphorst. Bert Seager was my piano teacher. In Boston, I also met John McNeil, who became my greatest ally. I quickly grew to love and respect his genius. 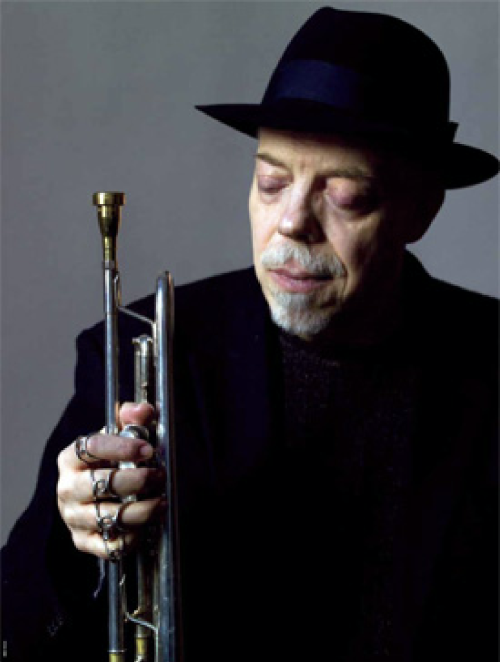 JW: Tell me about John McNeil? His songs on your new album are fabulous.

AL: John is the most astute listener. When I first moved to New York in 2011, John was leading his famed Tea Lounge Jam Sessions in Brooklyn. I knew that each note I sang had to be spot on. John was always listening carefully, and I had to work hard on the bandstand to gain his trust. His knowledge of theory and love of melody are unparalleled. He’s also the funniest, kindest guy around. Above all, he’s a true storyteller, and I always love hearing him play his songs because there is so much intention and purpose behind every note. [Photo above of John McNeil courtesy of John McNeil]

JW: Where did you meet John?

AL: John was my teacher, ensemble leader and mentor at NEC. I first got to know his music in the ensemble and he got to know mine and encouraged me to keep writing. It was there that I first penned lyrics to his beautiful tune, Livin‘ Small. I was struggling with fibromyalgia and difficulties at school, and John was incredibly empathetic and encouraging throughout. I wouldn’t have made it through NEC without him.

JW: And the jam sessions?

AL: The Tea Lounge Sessions weren’t your average jazz jam. John and trombonist Mike Fahie carefully curated the sessions in a way that made them sound more like a concert than an impromptu random jazz hang. Often at sessions, it’s hard to sit in as a singer, as the band tends to visibly roll their eyes or groan at the thought of having a singer come on. 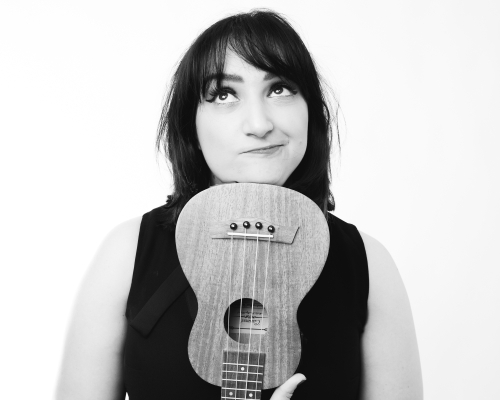 AL: They think singers mess up the vibe. So I made sure I knew tunes that everyone knew and called regularly, and that I picked keys that would be more suitable for all. I’d seen a couple people be asked to sit down if they got up and weren’t up to snuff, so it was a very serious session. It’s where I met most of my New York jazz compatriots. A strong group of NEC alums and really profoundly swinging players from all five boroughs. John always played the first set of the session where I got to know his music and his writing.

JW: When did you start writing songs and who has recorded them?

AL: I started writing when I was just a kid. I had a song for every moment and was always making stuff up around the house. I didn’t start formally recording them until I was 18. So far, I’m the only one to record any of them. But I have a few dozen of them now— nothing like John’s prolific output. I’ve also been writing some feminist-toned pop stuff lately.

JW: Being a woman holds a special place in jazz for you, yes?

AL: As an artist, I’ve always been aware of my womanhood. I was the only woman and female singer in my freshman class at NEC, and one of the few girls at Litchfield Jazz Camp as a teenager. There was always an assumption that I didn’t understand jazz—and a drive on my part to prove that I could indeed hang with the guys. JW: On the album, you’re backed by an all-female quartet. Is that deliberate, and if so, why?

AL: Playing with women is incredibly liberating. I don’t have to think about what I’m wearing, my tone, or my every move. I just have to dig in and really let go, just as they do. And I think the adversity women often face in jazz makes them different musicians. It creates a different voice, a different sensitive artistry,  a keen ear and trust that allows them to understand the true meaning behind the compositions.

You can listen to the entire album at YouTube here.