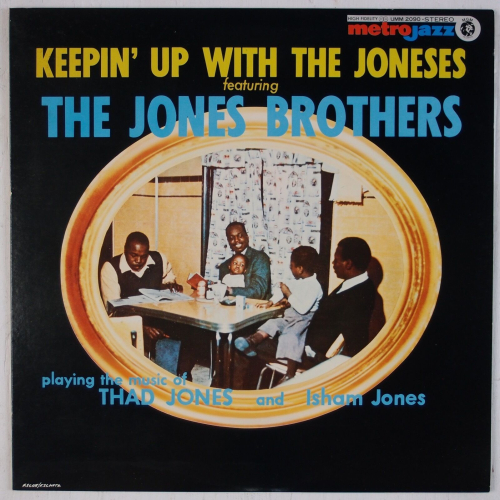 It’s not surprising that Thad Jones, Hank Jones and Elvin Jones were jazz musicians. What is astonishing is that all three were exceptional, each with a distinctive and accomplished playing and recording career. By my count, the three brothers recorded together five times, on Keeping Up With the Joneses (1958), Elvin! (1961) Herb Geller’s Gypsy (1959) and Elvin Jones’s And Then Again (1965) and Midnight Walk (1966). [Photo above, from left, features Thad Jones, Hank Jones holding Thad’s daughter Thedia, and Elvin Jones holding Thad’s son Bruce] 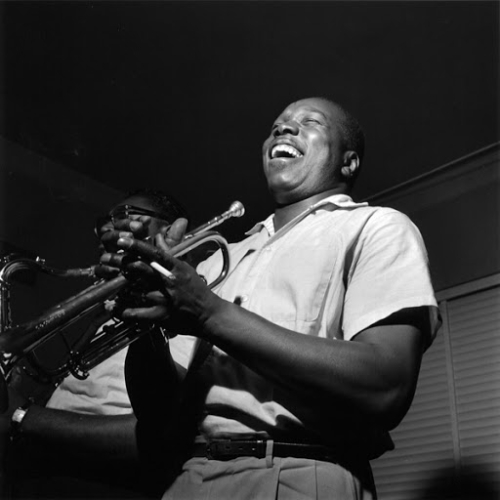 The first album was their best, or at least a savory starting point. Recorded for Metrojazz, an MGM subsidiary, in May 1958, the three Jones brothers added Eddie Jones (no relation) on bass. Thad played trumpet and flugelhorn, and Hank played piano and organ, with Elvin on drums. [Photo above of Thad Jones by Francis Wolff (c) Mosaic Images] 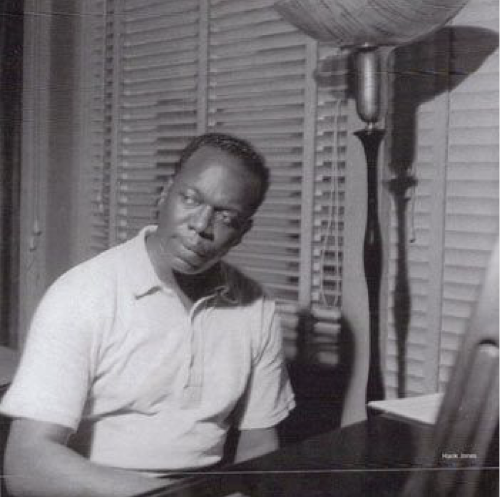 The first four songs—Nice and Nasty, Keepin‘ Up With the Joneses, Three and One and Sput ‚n‘ Jeff—were by Thad Jones. The remaining three were by Isham Jones (also no relation): It Had to Be You, On the Alamo and There Is No Greater Love. [Photo above of Hank Jones by Francis Wolff (c) Mosaic Images] What’s remarkable about this album is how quiet it is. Thad plays mostly muted, and all of the players execute gently and hushed. As a result, Thad is out in the open, and we get to hear his playing and technique without interference. His beautiful round tone and fleshy notes are terse. without much lingering sound. [Photo above of Elvin Jones by Francis Wolff (c) Mosaic Images] 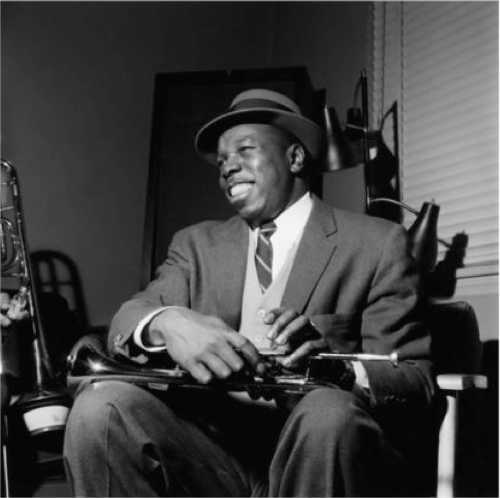 As brothers, the Joneses had plenty of mutual musical respect, as if in awe of what each other was playing. Space was left for each band member to do his thing, which is what makes this album spacial. Even on the Isham Jones standards, the brothers play with refined elegance and taste, steering clear of crowding. Herb Geller’s Gypsy is a half-baked jazz take on the Broadway show; Elvin! features them in a sextet with Frank Wess and Frank Foster; Elvin’s And Then Again is avant-garde; and Midnight Walk is funky. [Photo above of Thad Jones by Francis Wolff (c) Mosaic Images]

Of the four albums, Keeping Up With the Joneses is a great entry point for the music of Thad, Hank and Elvin Jones and what made each one sparkle with grace.

JazzWax tracks: You’ll find Keepin‘ Up With the Joneses here.