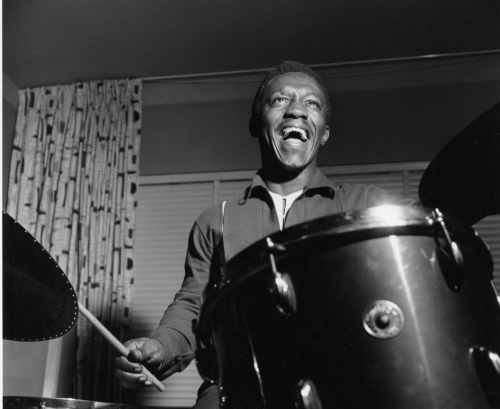 Listening back to the tape he recorded at Rudy Van Gelder’s studio in Hackensack, N.J., on March 8, 1959, Blue Note producer Alfred Lion liked what he heard. Art Blakey and the Jazz Messengers were on fire. The music was tight and ferocious, with the horns—trumpeter Lee Morgan and tenor saxophonist Hank Mobley—improvising on point. The rhythm section—pianist Bobby Timmons, bassist Jymie Merritt and Blakey on drums—were stirring the pot behind them. [Photo above of Art Blakey by Francis Wolff (c) Mosaic Images] 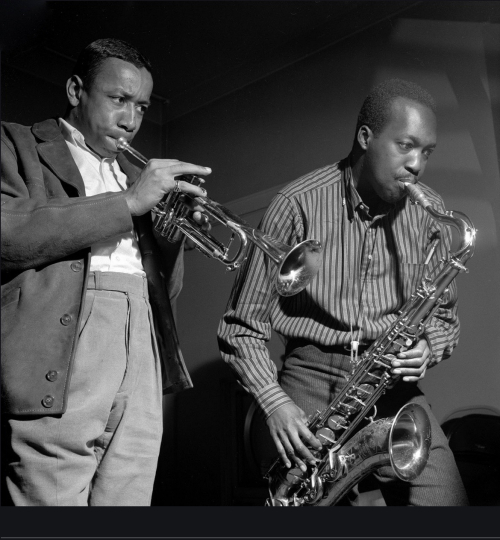 If there was a flaw, it was Mobley squeaking in places, like a rubber soul dragging on a polished marble floor. But that hardly mattered given the end result. Deep in thought, Lion wondered whether it made sense to record the group at Birdland when they went into the club in mid-April. Weighing the pros and cons, Lion decided to tape the Jazz Messengers at Birdland on the night of April 15. [Photo above of Lee Morgan, left, and Hank Mobley by by Francis Wolff (c) Mosaic Images]

Astonishingly, the results were looser and better, with fewer Mobley squawks, and brilliant solos by Morgan, Mobley and Timmons not to mention Blakey. In the studio weeks earlier, most of the tracks had required double-digit takes. In front of an audience, the Jazz Messengers loosened up and let go, nailing songs on first takes. 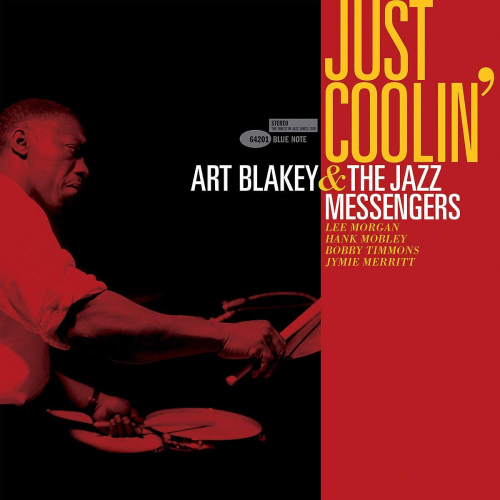 Lion decided to release the Birdland material on two LPs as At the Jazz Corner of the World. The studio tape went up on the shelf, and there it sat for 61 years, until producer Zev Feldman decided it was worthy of release. Issued for the first time on Friday as Just Coolin‘ on Blue Note, the album can now be heard and appreciated in its own right. 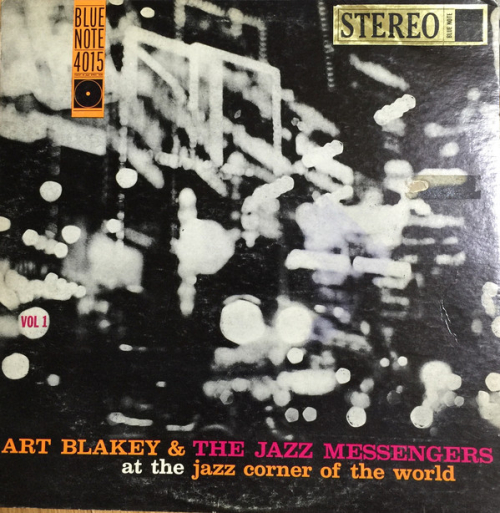 Four songs recorded in the studio were performed live at Birdland—Mobley’s Hipsippy Blues, Close Your Eyes, Mobley’s Just Coolin‘ and his M&M. The balance—Jimerick (the composer is unknown) and Timmons’s Quick Trick—have not been previously released and appear here for the first time. 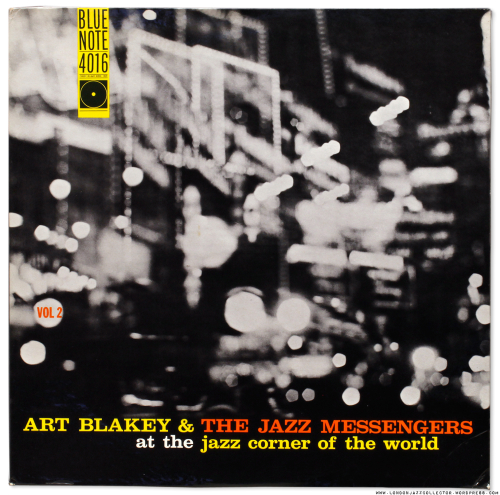 Lion made a business decision in 1959, going with the recording that stood the best chance of pulling in the most revenue. Back then, live recordings offered the listener more excitement, since you were taken down into Birdland and could hear what the group sounded like live. It had a „you are there“ feel. But the studio recording also has chops of a different kind. 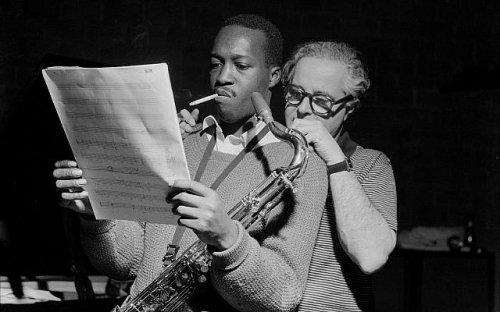 Kudus to Zev for hearing the value in this shelved album and encouraging its release. It’s fascinating to hear the Jazz Messengers in a hot formal studio setting and to compare the tracks with the ones on the Birdland release. Hearing the two back to back, you are put in Lion’s shoes and must ask yourself what you would have done. I think Lion made the right call at the time. But so did Zev. [Photo above of Hank Mobley and Alfred Lion by Francis Wolff (c) Mosaic Images]