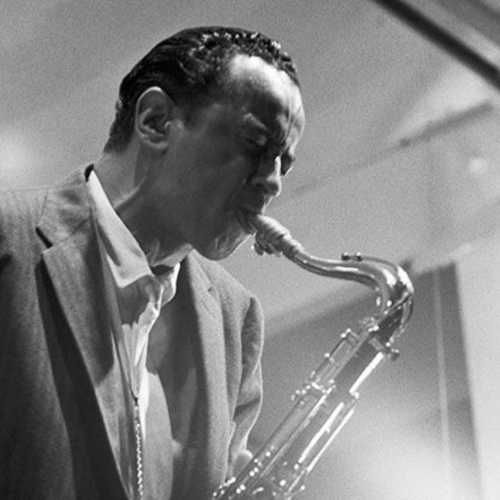 Yesterday, I posted on tenor saxophonist Paul Gonsalves and one of his late-career albums with piano wizard Earl Hines. Today, I want to give you a sense of how spectacular Gonsalves was on recordings in 1954 and ’57. On the sliding scale of playing styles, I’d put Gonsalves somewhere between Don Byas and Lucky Thompson, with Byas’s puffy smoke-stack sound and Thompson’s eely yearning.

To be fair, Gonsalves had his own thing, marinated by years nestled in Duke Ellington’s deft, pretty reed section. Along the way, Gonsalves recorded in small groups, and three albums stand out. Two as a leader—The Jazz School and Cookin‘—while the third was as a sideman session on The Colorful Strings of Jimmy Woode. The Jazz School (EmArcy) was a compilation of 78s by different artists. The four songs contributed by Gonsalves were recorded in February 1954 and featured Gonsalves backed by Clark Terry on trumpet, Porter Kilbert (bar), Junior Mance (p), Chubby Jackson (b) and Gene Miller (d). There were two ballads and two uptempo tunes. Don’t Blame Me backed by It Don’t Mean a Thing and Take Nine backed by Everything Happens to Me. 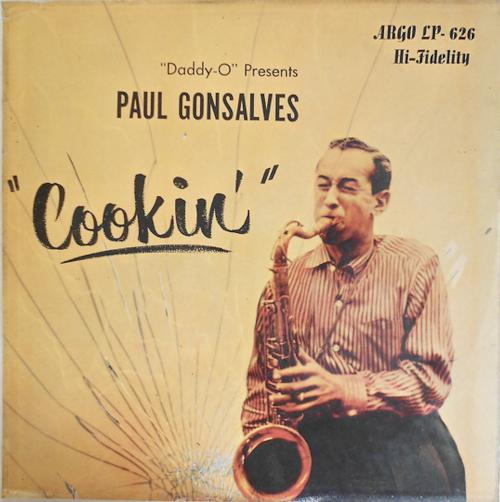 Of the three albums, Cookin‘ (Argo) is the smoker. Clark, like Gonsalves, was an Ellingtonian, and they were perfectly matched in terms of expression, tone and improvisational beauty. The band features Clark Terry (tp), Paul Gonsalves (ts), Willie Jones (p), Jimmy Woode (b) and Sam Woodyard (d). On the first track, Festival, Gonsalves takes a fluid, stamina-busting solo that runs chorus after chorus. Clark’s Bars is a delightfully melodic Clark original, and Daddy-O’s Patio is a breezy dueling exchange. The Girl I Call Baby is a slow ballad blues that will knock you out. 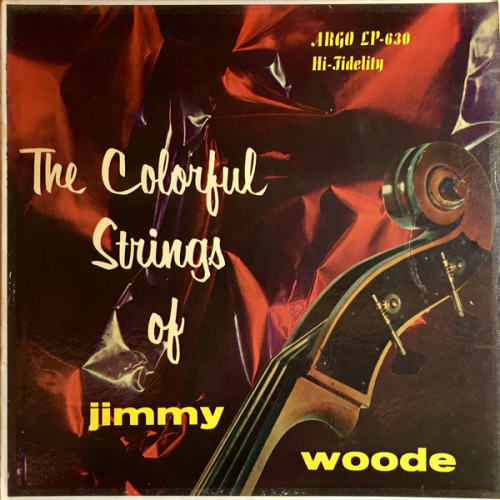 There are no strings here, as in violins, violas and cellos. The „strings“ refer to the ones on Woode’s bass that were miked to be heard throughout. Gonsalves’s solos are mighty, but what’s equally extraordinary are Woode’s songwriting and arranging skills. Five of the six tracks are his, and they’re all solid and gorgeous. No comment on his singing. 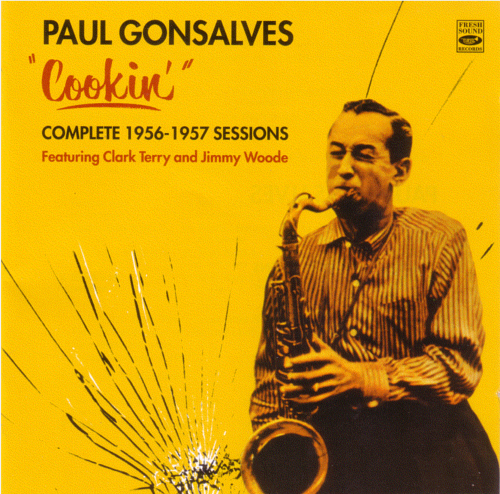 In 1957, Gonsalves was in his prime with Ellington. But joining the band was something of a Faustian bargain. Duke’s reed section provided Gonsalves with steady work without the worry of scuffling or unemployment. The trade-off was less visibility than other jazz tenor saxophonists of the era who chose to lead—from Sonny Rollins and John Coltrane to Sonny Stitt and Hank Mobley. Gonsalves was every bit as talented and versatile as his more visible peers, just sheltered in Duke’s place.

Though the cover is mislabeled (it should have said 1954 and 1957), the fidelity is terrific.


Here’s The Girl I Call Baby…

From Sweden, With Love