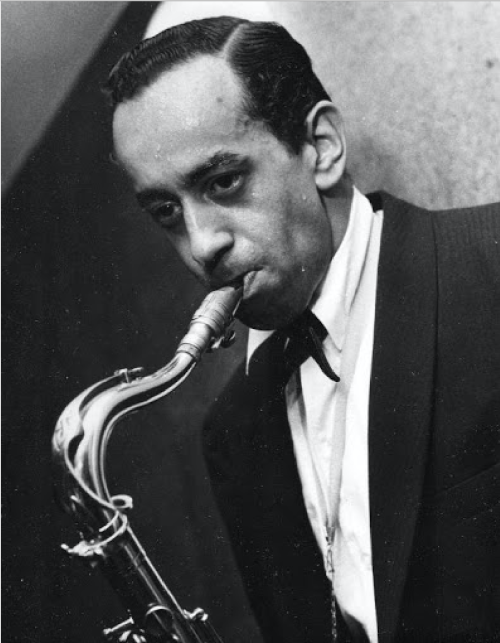 Tenor saxophonist Paul Gonsalves’s (above) centenary was over the weekend, on July 12. A romantic balladeer and gruff hard-charger, Gonsalves spent much of his career in the Duke Ellington Orchestra, from 1950 onward. On his small-group leadership and sideman sessions, Gonsalves often was paired with equally ferocious musicians who could rise to the occasion and give as good as they got. Album mates included Clark Terry, Tubby Hayes, Sonny Stitt and Eddie „Lockjaw“ Davis. 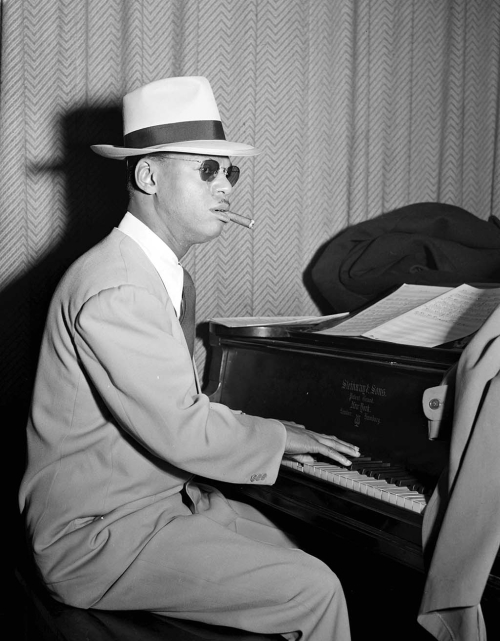 One of the rare, non-horn match-ups was Paul Gonsalves Meets Earl Hines, also known as It Don’t Mean a Thing If It Ain’t Got That Swing, on Black Lion. Recorded in New York in 1970, Gonsalves and Hines (above) were backed by bassist Al Hall and drummer Jo Jones. The album was conceived and produced by Stanley Dance, who recorded them together at National Recording Studios at 730 Fifth Ave. 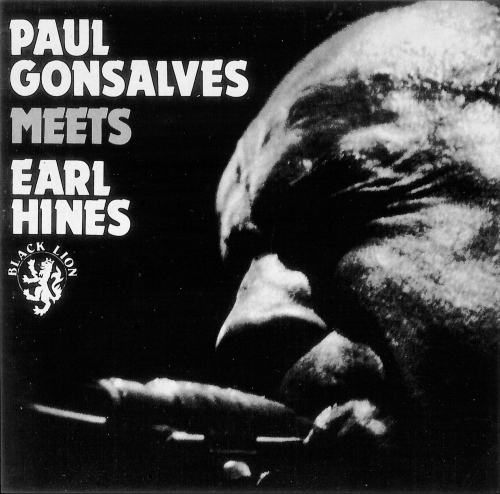 The tracks were It Don’t Mean a Thing, Over the Rainbow, What Am I Here For, Moten Swing and I Got It Bad and That Ain’t Good. A bonus track was added of Hines playing solo on Blue Sands, recorded in 1972 at Hank O’Neal Studios. 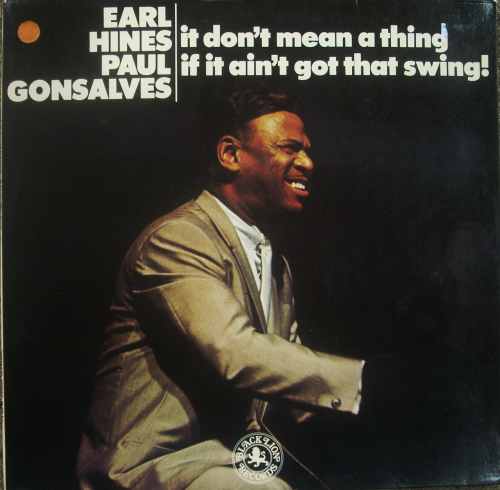 What makes this album unusual is how gentle it is. Gonsalves, historically, is a saxophone gladiator, especially on the Cookin‘ sessions in the 1950s and with Tubby Hayes and Sonny Stitt. But here, Hines takes it easy and Gonsalves follows suit with a pensive, smokey tone. It’s almost like listening to him in slow motion, which gives you a chance to hear him in his full glory. In this regard, he’s more Ben Webster than Coleman Hawkins. 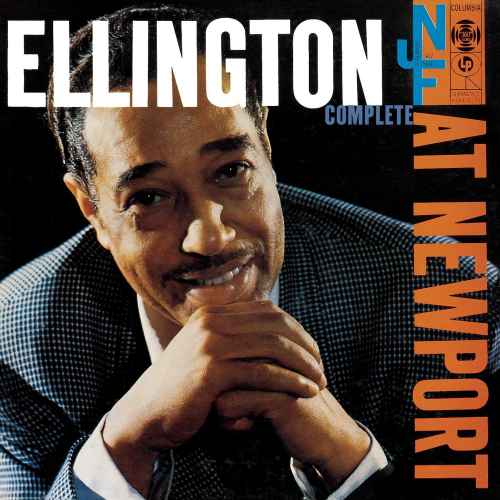 Gonsalves is probably best known for his staggering 27-chorus solo in the middle of Ellington’s Diminuendo and Crescendo in Blue at the ’56 Newport Jazz Festival, widely credited for kicking Ellington’s orchestra up a notch with critics just when the band was being viewed as a sleepy shadow of its former self. 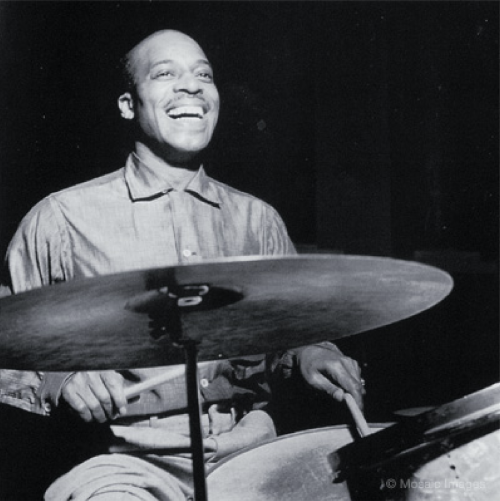 On this album, Gonsalves snaps into Hines’s measured groove. But slowing things down doesn’t deter Gonsalves from applying his slippery style and habit of curling his horn around melodies. Jones also is a study in isolation here, especially on Moten Swing, where his tom-tom sounds like a thick mattress and his sticks come off like tap-dancing shoes. On this albums, two speed demons exhibit admirable self-restraint, like a couple of massive V8’s rolling respectfully through a school zone at 25 mph. Nice and easy does it. [Photo above of Jo Jones by Francis Wolff (c) Mosaic Images]

And here’s What Am I Here For…