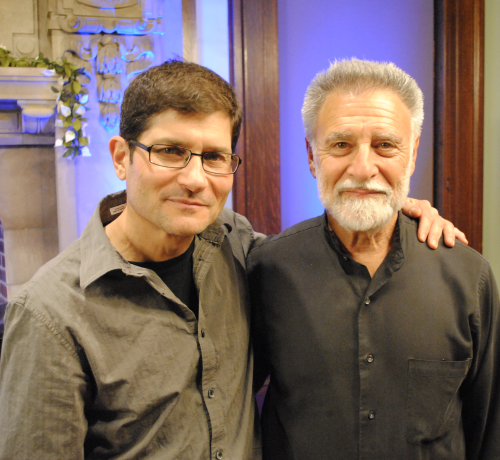 Trumpeter and flugelhornist Marvin Stamm’s recording legacy is astonishing. If you sail through his discography at his Wikipedia entry, the list of recordings runs about a quarter of a mile. In addition to leadership albums starting in the early 1960s through to today, Marvin was on dozens of pop and jazz albums from the period, from Thad Jone/Mel Lewis’s Consummation to the Average White Band’s exceptional first AWB album, from albums by Stan Kenton and Gary McFarland to Gato Barbieri, James Brown, Donald Fagen, Paul and Linda McCartney, Wes Montgomery, Stanley Turrentine and on and on. [Photo above, from left, Mike Holober and Marvin Stamm, by Ralph Mirielo, courtesy of Mike Holober] 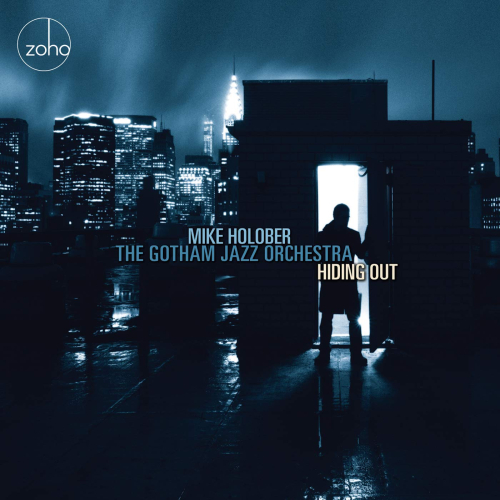 Pianist Mike Holober began recording in 1988. His recent 2019 album, Mike Holober & The Gotham Jazz Orchestra: Hiding Out (ZOHO), was nominated for a Grammy. As a composer, arranger and educator at the City College of New York, Mike has worked tirelessly to advance the sound of big bands and orchestras. From 2007 to 2015, he was associate director of the esteemed BMI Jazz Composer’s Workshop, founded by Bob Brookmeyer and Manny Albam. He taught with director Jim McNeely. (To read my WSJ piece on the BMI program, go here). 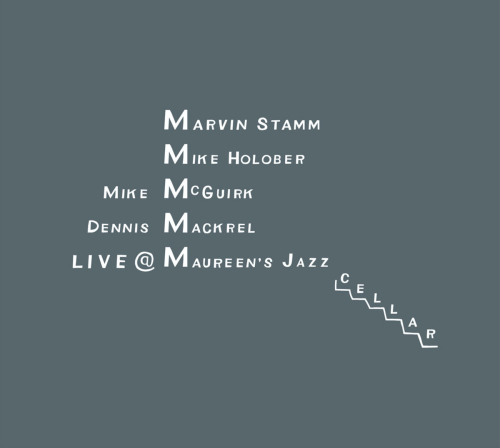 Marvin and Mike have been recording on albums together since 2005, most notably with the Westchester Jazz Orchestra. Now, they’ve just released Marvin Stamm/Mike Holober Quartet:

Live at Maureen’s Jazz Cellar (Big Miles), a graceful, sophisticated album recorded last December at Maureen’s in Nyack, N.Y. Maureen’s is named for the late singer Maureen Budway, who died at age 51 in 2015 after a 20-year fight with breast cancer. Her brother, David Budway, owns the club. 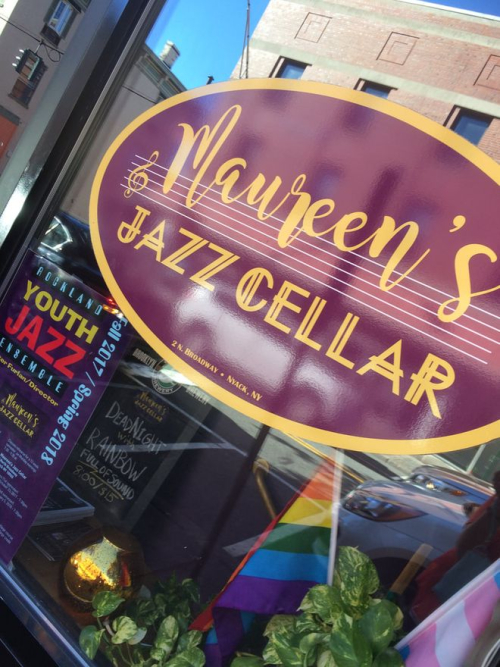 The album by Marvin and Mike includes Marvin on flugelhorn and Mike on piano backed by Mike McGuirk on bass and Dennis Mackrel on drums. The tracks are Out of the Night Came You, Invitation, Dear Virginia, Morning Hope, All the Things You Are, Peace, Funkallero and a bonus track on the digital download, You Stepped Out of a Dream. Highlights include the brooding Morning Hope by Mike, You Stepped Out of a Dream, Horace Silver’s Peace and Bill Evans’s Funkallero. 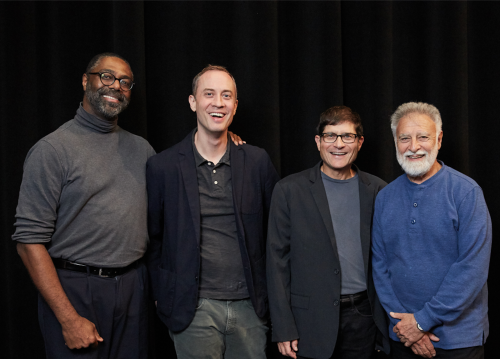 What makes this album special is the building intensity of Marvin and Mike playing off of each other. They aren’t content to play the material straight ahead. Instead, we’re treated to a gentle dismembering and reassembly of songs you know and originals you don’t know. That’s not to say the music is free form. Quite the contrary. [Photo above, from left, Dennis Mackrel, Mike McGuirk, Mike Holober and Marvin Stamm] 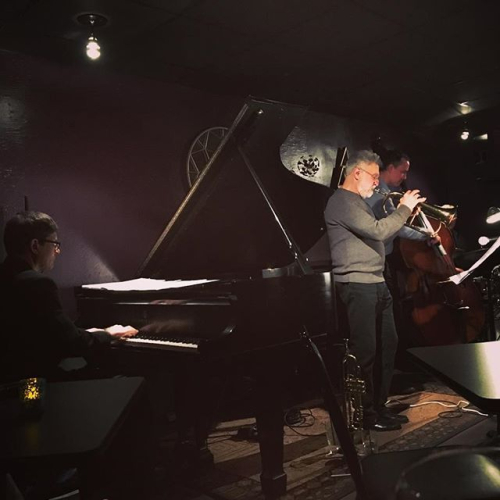 There’s a simmering quality on all the selections, a hushed approach that makes the music relaxed and muscular. It’s not easy to play this way, dancing sensitively between the notes. It requires careful listening, restraint and aiming for beauty, not beast. Fortunately, Mike McGuirk and Dennis Mackrel provide just the right level of silky tension. You actually can hear all of the musicians deep in thought. [Photo above of pianist Mike Holober and flugelhornist Marvin Stamm at Maureen’s Jazz Cellar, courtesy of Mike Holober]

JazzWax clips: Here’s You Stepped Out of a Dream…

From Sweden, With Love