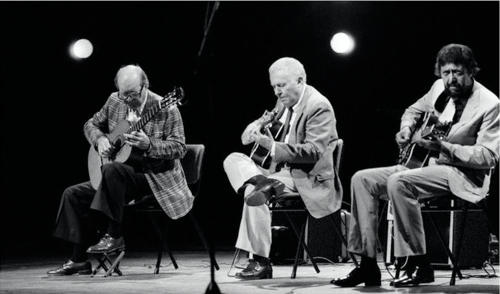 On July 17, 1982, three virtuoso jazz guitarists performed together on stage at the Congresgebouw in the Hague, the Netherlands, during the North Sea Jazz Festival. Known then as the Great Guitars, the trio featured Charlie Byrd, Herb Ellis and Barney Kessel. They were backed by bassist Joe Byrd, Charlie’s brother, and drummer Chuck Redd. 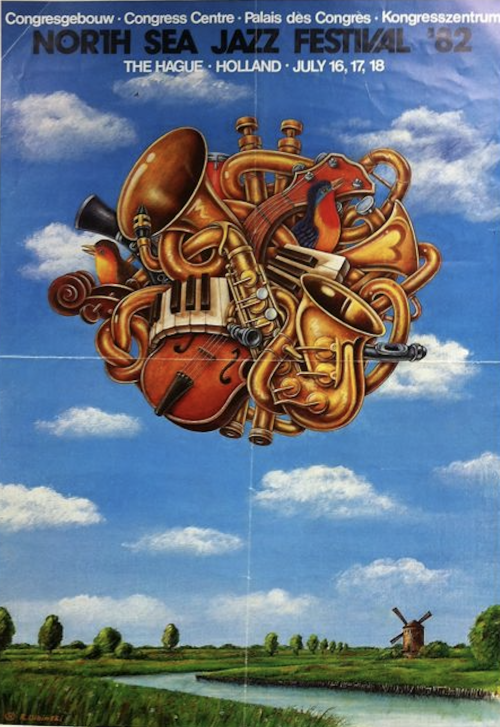 The songs they played were It’s the Talk of the Town, Undecided, A Felicidade, Manha de Carnival, Nuages, Goin‘ Out of My Head, Flyin‘ Home, Speak Low and Nobody Knows You When You’re Down and Out. [Photo above, from left, of Charlie Byrd, Herb Ellis and Barney Kessel courtesy of YouTube]

Chris Cowles, whose radio show Greasy Tracks airs each Saturday from 3:30 to 5:30 p.m. (EDT) on WRTC-FM in Hartford, passed along the link to this knockout hour-plus performance.